Catch up with the latest gists. Subscrib now!e 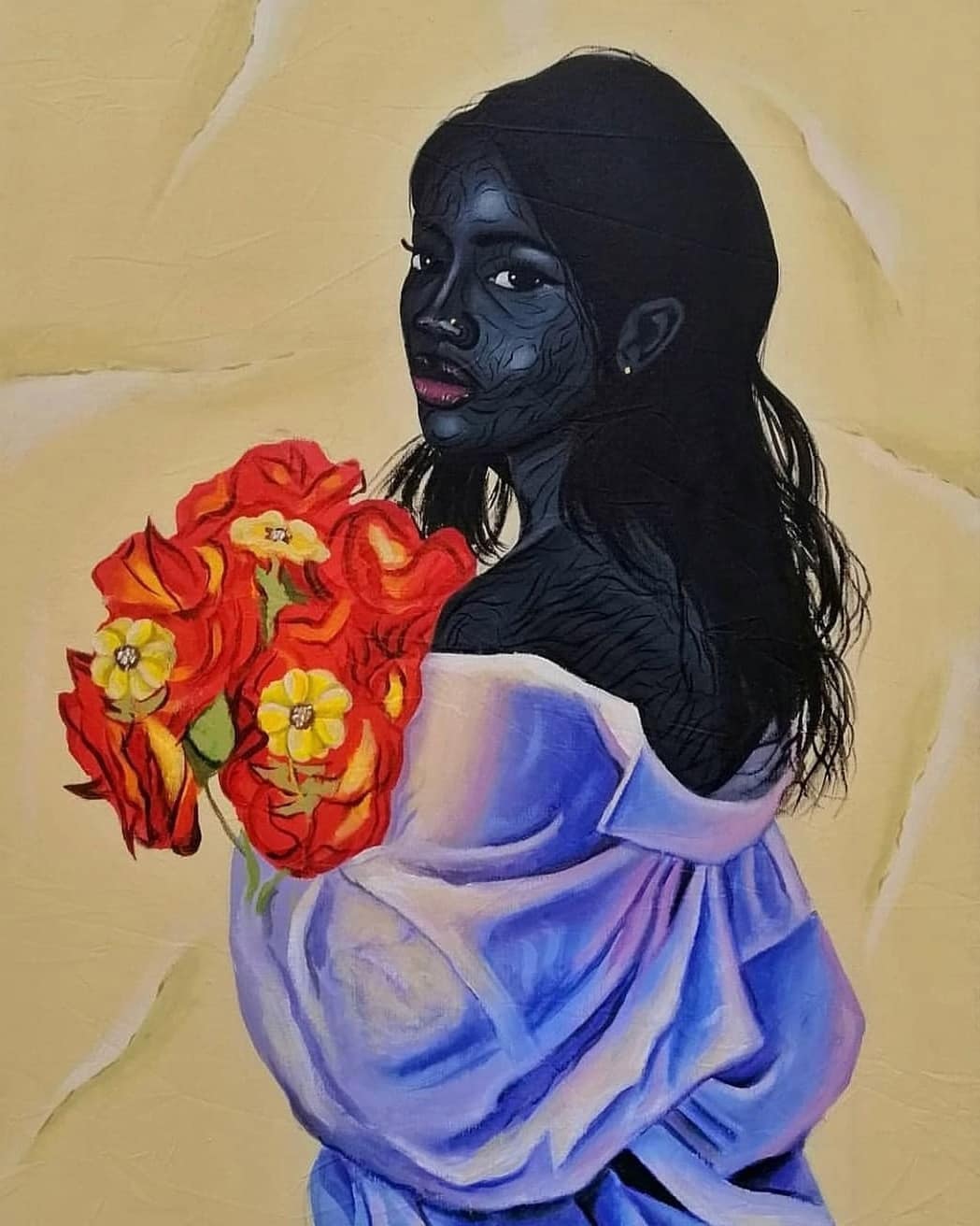 I can’t quite recall how I got here, but I knew I didn’t want to be here, I didn’t like it here. It felt dreary here. The cloud's eye above me looked doleful and pale. Their white fluffy intricate pattern now looked dull and grey. The clouds were crying. And I was glad for the tears because they congealed mine. Washed the mascara away. Washed the bleak trail of sullenness away.

They hid a broken girl, a depressed soul, and a sad spirit. I exhaled. I wanted this to be over with as quickly as it started. I was tired of the black umbrellas hovering above me, the melancholic tune it produced as the rain bickered softly on them. A soft platter that for some weird reason always haunted me mentally.

I heard quiet sobs indistinctively, people huddled together in the rain, crying their hearts out. Eyes red and swollen with pain and anguish. Christopher has caused so much pain today. I still find it hard to believe that he took his own life. It was implausible, unbelievable. Chris wasn’t the sadistic type. He was always happy, a gleeful look imprinted on his face anytime I visited him. I loved the way his eyes shone when he smiled or talked. I loved the way they squint when he was under the sun, he always has wrinkles, wrinkles which made him look a bit old. I miss him, I miss him so much.

Somewhere inside the multitudes gathered, I heard somebody talking. His voice was inaudible and static, but I figured it might be the priest. Reading a sermon, and trying his best to console the crowd, but his efforts were futile. Everything he said drowned under the rhythmic beat of the rain, imbibing his voice like words echoing in a bottomless pit. I felt forlorn. I needed a break from this expressway of excruciation. I needed to go home, lay down on my bed, and cry myself to sleep.

But each time I try to repose in my domicile, memories haunt me in reoccurring frequent waves. Each wave more formidable than the former. I could remember lucidly what happened the evening before I received the phone call telling me my boyfriend was dead. We spent a joyous amount of time together that evening.

We were at a friend’s birthday party, Jody. She invited us to her house party, raving about how it was going to be the best moment of our lives. Jody and Chris had a bitter history behind them. She used to love Chris, but Chris never loved her. I guess she moved on, and inviting us over was maybe a sign. Jody’s house party was as fun as she promised. The beer-pong challenge, the bottle spin dare, the kisses in the dark, and the sex in her basement.

We were both inebriated before the party was even over. Two staggering couples trying to find their feet. The weird laughs we shared in the dark, the yells from piqued nextdoor neighbors, obviously mad with us waking them up this late. Several times we set off sprinklers, crashed into waste bins, and laughed as we yelled out apologies to the atmosphere.

That was the night of my life. If I knew the next day was going to be tragic, maybe I’d spend more time with him. Maybe we’d lay awkwardly on the grass, feel the itch on our skins, the coldness traveling through our spines, and our eyes glassy, and winking with the stars. Maybe we’d hoot with the wolves, beat on our chest like prehistoric monkeys, stare into the eyes of each other, and fall asleep in our arms.

Cuddling ourselves to provide enough warmth. I wish I knew the next day was going to be grievous.

I was still in bed the following day, still hungover a little bit, when my phone screamed into my ears, and the caller ranting in words that were hardly decipherable to me, telling me Chris was dead. He committed suicide. His body was discovered this morning. You can imagine the look on my face when I heard that. Was this some type of joke? I wondered. Chris wasn’t the suicidal type, what is going on, I asked no one In particular. I thought maybe this was some joke by Chris.

He has always had a sick sense of humor. Always finding the saddest of things to be ludicrous. But this was different. He really was gone. He was found inside his room, dangling on the ceiling fan, the ceiling fan squeaking under the weight of his body. He still had his clothes from last night on him. Stained in several places. He reeked of alcohol and urine. His eyes bulged out, red and swollen, his face bluish with discoloration, unmistakably from the seizure of blood.

A red streak around his neck, from where his belt loosens around his neck. I don’t know if I was hallucinating or not, was this some sort of optical illusion? Looking closely, his corpse seemed to be smiling, like he knew a joke we didn’t know. Such a pitiable sight. No letters, no goodbyes, no reason for doing what he did, just a dangling corpse floating above me.

I remembered someone trying to reach for me when I felt myself falling..or fainting? I think it was fainting. That was the last thing I remembered, before I found myself in this burial, his burial.

For the umpteenth time that day, I looked at the written piece of eulogy on my hands. It was now soggy and vague. The rain washed away the words I wrote. The letters drooled away, leaving a blurry path of smudge ink. I stood amidst the crowd, shivering and reciting my eulogy mentally to myself. I was scared, I wasn’t ready for this. I can’t handle this. But I knew I needed to, even though I didn’t do it for me, at least for them. The family.

As if on cue, I was called upon to give my speech. Taking deep breaths, I approached the stand. Walking through an aisle of broken spirits, trying to keep my demeanor upright and brave. Amidst the crowd of people I saw Jody. Something about her felt different. Like she was happy this happened or did she plan this? I was uncertain. Grief was making me think in an unparalleled pattern.

Abolishing those thoughts, I cleared my throat and said to the crowd, “Chris was a . . . .”